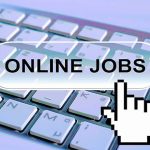 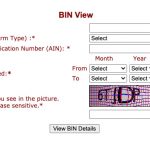 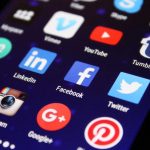 How I Overcame Facebook & Other Social Media Addiction
Why Not to Host Your JavaScripts, CSS on Free Dropbox Account
Talking Personal Assistant App for Smartphone & Tablet 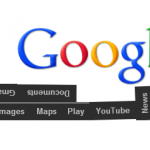 Public Sector Banks in India play a vital role in building the country’s economy. Hence, it is mandatory to incorporate reforms now and then to ensure the smooth functioning of the PSBs and for the betterment of the economical structure of the country.

The Banks Reform agenda helps improve the sustainability of the Public Sector Banks and helps rule out bad debts. The importance of the bank’s reform plan cannot be denied to maintain the stability of the Indian economy.

The PSB’s reforms in India are done through EASE reforms. EASE stands for Enhances Access and Service Excellence. EASE’s logo says they aspire for a Clean and Smart Banking system in India.

What are the strategies adopted by the Indian Government to change the banking system in the country?

The Indian Government has adopted the four R’s strategy to improve the functioning of the PSBs, and they have succeeded in achieving progress since March 2015.

They have recognized NPAs transparently, which has helped the PSBs to reduce their SRA from 7% to 0.5%. They have also resolved and recovered value from stressed assets, which has led to the recovery of INR 2.87 lakh crore.

The idea of capitalizing PSBs has strengthened the capital base by INR 3.19 lakh crore. The reforms incorporated in PSBs have done great for the banks and the country.

What is the foundation of EASE?

The foundation of EASE reforms is on strong grounds of Clean and Smart Banking.

What are the salient features of the EASE Reforms Index?

The salient features of the EASE Reforms Index are as follows,

What is the outcome of Clean and Smart Banking Reform?

The outcomes of clean and smart banking reform have been very fruitful. They have established great stability and sustainability in the PSBs.

The fruitful outcomes of clean and smart banking reforms are,

The reforms over the years have improved the banking system in many ways and paved the way for more innovation and technology-driven services in the future.

The banking sector was one of the most underdeveloped in the past decades. The incorporation of EASE reforms has shaped the better future of banking in India. It has also improved the economy of the country in many ways.

The concepts of Digital India were looking impossible a few years back, but slowly, everything fell into place. As the reforms are being implemented strategically, financial stability is being established slowly.

The PSBs hold a major responsibility in India to establish financial health, discipline, and stability. Hence, the EASE reforms agenda holds a bright future ahead to shape the banking system correctly.

Was This Article Helpful?
Thank you for your feedback!